Rising Star India the Live Singing Reality show that is getting aired on Colors every Sat/Sun at 9:00 PM has literally left behind all the other singing reality shows.

According to Data Released by BARC India, Rising Star has got more impression than Indian Idol and Dil Hai Hindustani. BARC (Broadcast Audience Research Council) India is an industry body set up to design, commission, supervise and own an accurate, reliable and timely television audience measurement system for India.

So, Its a big news for Colors channel as well. 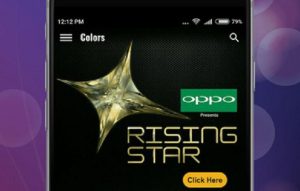 Now Coming to the Rising Star India format, This singing Reality show is a Live show, where Contestants from every  part of India can give Audition and their selection depends on the Indian viewers vote as well as vote from Experts of the show. They will be shortlisted once they get minimum 70% of Vote from the viewers.

They have added a concept of raising the wall. Contestants have to perform behind a wall, once they minimum 70% of vote, wall will be raised for them and they will qualify for the next Round.

Also There is no restriction of age and also the performance can be by a band or solo or a group. You can give audition by singing regional song also. 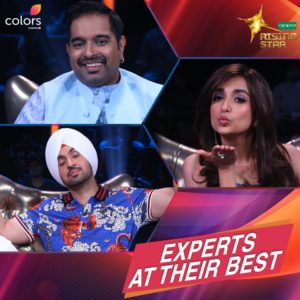 Rising Star India is being Judged by Three judges. Maestro Shankar Mahadevan, Diljit Dosanjh and Monali Thakur are the expert judges of this reality show.

We can say The viewers who are voting after every performance are working as 4th Judge.

So, the Judge panel is look balanced with Energetic Diljit Dosanjh, who is mainly a pujnabi singer and his judgement comes fine, while Monali Takur is a bubbly, gets emotional with the contestants performance ,but same time she can give them correct suggestions to how to improve their singing.

Yeah and Monali chemistry with Hosts Meiyang Chang and Raghav Juyal is just enough to create a laughing and light atmosphere.

And coming to Shankar Mahadevan, He is the master. He is well composed and give his judgement without getting influenced by any co- Judges or the emotional story of the Contestants. 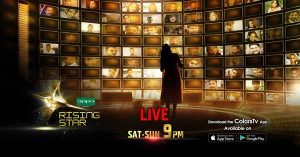 First time Viewers are feeling direct involved in the shortlisting of Contestants:

Yes with online Voting and as the 4th judge of this singing reality show, Viewers are feeling involved and their is a Plus point that their pics can come on the screen and who do not want to see themselves on the TV screen.

Though most of the viewers are pressing the yes button after every performance, its nice to see how cleverly the concept of Rising Star India the Live Singing Reality show has made viewers to stay with them through the whole episode.

And surely it is one of the reason behind the Success of this show.

There are some Negative points also, But as its only the Audition phase, So most likely with the progress of Rising Star India, they will rectify it.

In Totality  Rising Star India has become a success with all support from its viewers, Judges,Participants and yes the main hero is the format of this show.

Rising Star 2017 Judges, Hosts: Your photo may come on screen if you participate in live voting