The Sixth episode of Rising Star Singing reality show 2017 season-1 on 19th February was very Special as Contestants from different part of India came for audition and they performed as trained singers.

All the Contestants performed very well. Even though some of them could not get the wall raised for them,but they were able to win the heart of experts and viewers.

As usual show started on 19th February with the live act by awesome hosts Meiyang Chang and Raghav Juyal.

Rising Star 2017 Singing reality Show Journey has Started on Colors Television Channel with the Auditions of the Singer Aspirants. The live auditions continued on 19th February which was Sixth episode of this show. The Talented Singers gave the Auditions and they managed to Win the Hearts of 3 Judges namely Shankar Mahadevan, Diljit Dosanjh and Monali Thakur , Audiences and Viewers on Television.

So given below the names of all  the Contestant that participated on the Sixth day of Rising Star Singing reality show on Colors.

See Also:- Rising Star 2017 Judges, Hosts: Your photo may come on screen if you participate in live voting 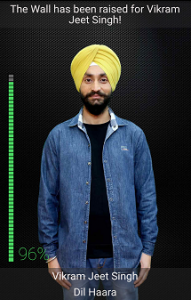 The first Performance of the day  started  with the song ‘Dil Hara’ by Vikram Jeet Singh. He gave his Best and indeed it was a Dil Jeeta performance. He got vote from viewers, as well as experts. He got 96% of vote and wall raised for Him. 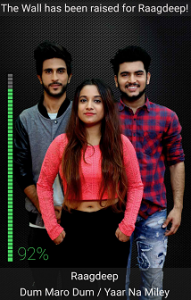 Next Came Raagdeep Band with the song ‘Dum Maro Dum/Yar na miley’. They gave a Rocking performance. It made all to dance with them. They managed to raise the wall with 92% of vote.

Experts were very happy with them, according to experts it was a international level performance. 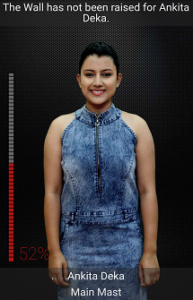 Then Ankita Deka   came  to sing ‘Main mast’ song. It was a ok performance,she missed correct tunes many places and was not consistent throughout her act.

She was not able to raise the wall and got only 52% vote. 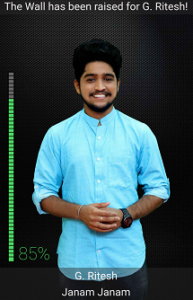 Next G. Ritesh gave his performance on the Song ‘Janam Janam’.He sang nicely and managed to raise the wall with 85% vote. 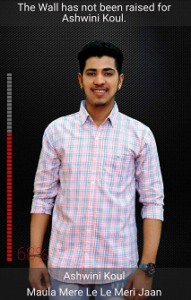 Then it was time for ‘Maula mere le le meri jaan’ by Ashwini Koul. He sang nicely,but  was not able to get enough vote to make the wall raise. He got 68% vote. 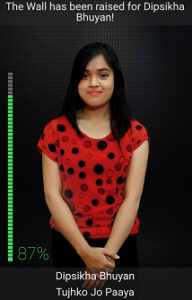 Dipsikha Bhuyan came to the stage and Performed on ‘Tujhko jo paya’. She gave a nice performance and managed to raise the wall with 87% vote. 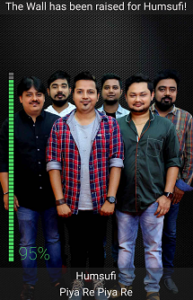 Last performance of the Sixth day was by Humsufi Group. They sang ‘Piya Re, Piya Re’ Song. It was an awesome act. Their energy and enthusiasm  was up to the mark and made others to dance with them.

They got 95% vote and easily made the wall to raise.