Big Boss 12 is once again here to entertain us with its super host Salman Khan. From Today i.e 17th of Sep it has started on COLORS channel with all its wit and charm.

Salman Khan is going to host this season for the 9th time.

Big Boss Season 12 format this time is different than the other season . Colors TV has invited  all the  public to send their video clips through Voot  App on 15th April in order to do audition for the show. It was later revealed by the show makers that this season of the show would feature contestants in pairs (any sort of pairs; friends, co-workers, spouses, siblings, etc). Therefore, declaring the theme “Vichitra Jodis” . 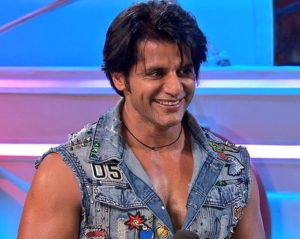 Dipika Kakar   is well known for her role as Simar in Sasural Simar Ka which aired on Colors. She later participated in Jhalak Dikhhla Jaa 8 in 2015. In 2017, she participated in Nach Baliye with her husband Shoaib Ibrahim. 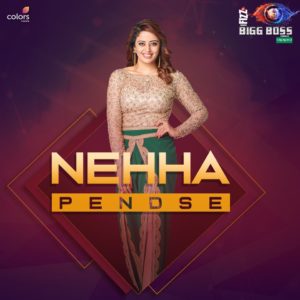 Television and Film Actress Neha  is known for her role in the Life OK comedy show May I Come In Madam. She was also seen in the comedy game show Family Time With Kapil Sharma. 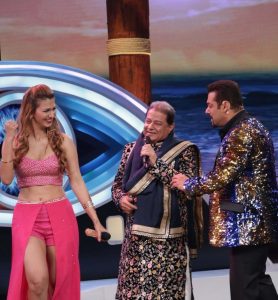 Bhajan singer  Anup Jalota is a famous name among indian housholds. He has sung a lot of Bhajan songs. He entered the house with girlfriend Jasleen.

Jasleen is also a trained Singer. She is the girlfriend of Anup Jalota.

10. Srishty Rode – Television Actress. She rose to fame with the Star One show Yeh Ishq Haaye as Manjari. She later was seen of the reality show Box Cricket League and popular serial Ishqbaaz. 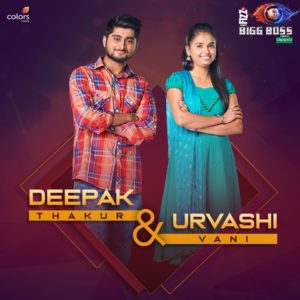 16. S. Sreesanth – Indian Cricketer. He is a cricketer who participated in Jhalak Dikhhla Jaa in 2014.

17. Kriti Verma – MTV Roadies(Season 15) Contestant kriti  is now a part of Bigg Boss. She was in the outhouse a day before the premiere of the show. She came with Surbhi on the show, but went as a jodi with Roshmi Banik.